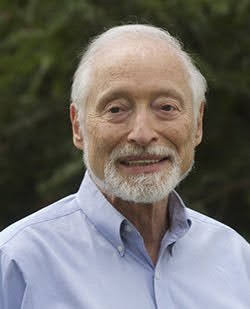 The D.C. Bar joins the legal community in mourning the loss of Edgar S. Cahn, a lifelong advocate for access to justice who was instrumental in the founding of what is now the largest federally funded civil legal aid program for low-income Americans. Cahn, a member of the Bar since 1968, passed away at age 86 on January 23.

Cahn and his first wife, Jean Camper, also an attorney, cofounded Antioch School of Law, predecessor of the University of the District of Columbia David A. Clarke School of Law and the first law school in the United States to educate students primarily through clinical training in public interest law.

The Cahns met as undergraduate students at Swarthmore College and became a formidable duo in advocating for the disadvantaged. In 1964 the couple published “The War on Poverty: A Civilian Perspective” in the Yale Law Journal, in which they argued that the government should fund neighborhood law offices as part of its anti-poverty efforts.

The landmark article served as the blueprint for the establishment in 1965 of the Legal Services Program, the first federally funded program of its kind under the Johnson administration’s Office of Economic Opportunity, where both Cahns served. The program lasted until 1974, when it was replaced by the Legal Services Corporation (LSC).

“Edgar and Jean Cahn advocated, nearly 60 years ago, that people living in poverty should be assisted by empowering them with legal assistance to assert their rights in court,” says LSC President Ronald Flagg. “They further proposed the ‘neighborhood law firm’ as the vehicle for advancing this client-centric vision.”

The Cahns, who were married for 33 years, faced discrimination as an interracial couple. Jean Camper Cahn passed away in 1991 after a years-long battle with cancer. Edgar Cahn remarried in 2000.

James Sandman, president of LSC from 2011 to 2020, says the Cahns had a profound influence on American law. “Their idea became part of President Johnson’s War on Poverty and continues to this day through the 132 legal aid programs funded by the Legal Services Corporation,” Sandman says. Today LSC has more than 850 offices serving every county in every state, the District of Columbia, and the American territories.

In 1972 the Cahns founded Antioch School of Law and served as its co-deans from 1971 to 1980. “Edgar and Jean created clinical legal education, a model that trains law students to do real work for real clients under faculty supervision,” Sandman says. “And every law school in the United States now requires its students to have some kind of clinical experience.”

“Edgar was a role model and a hero to me. At the core of his being was passion for justice and a deep faith in the dignity, value, and virtue of every person,” Sandman adds. 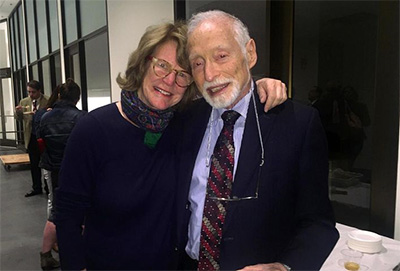 Shelley Broderick, dean of UDC Law from 1998 to 2018, says she was privileged to have worked with and been inspired and supported by the Cahns throughout her career. “Edgar taught Law & Justice to every first-year student during orientation for decades until just this past year. Students left his course bonded as soldiers in a righteous cause. He was kind and unfailingly generous with his time, talent, and treasure. He was fully engaged and passionate about moving the needle on fairness and equality for all,” Broderick says.

Until his death, Edgar Cahn served as distinguished professor of law at UDC Law, inspiring generations of students to take up the public interest cause. “He was indefatigable until his last breath. He was truly one of a kind and he will be missed,” Broderick says.

Among those Cahn mentored was D.C. Bar Pro Bono Center Managing Attorney Adrian Gottshall, a former student of Cahn’s in his LLM class on systems change. Gottshall says Cahn inspired his students to reject oppressive legal and social systems and to become catalysts for change. “I was fortunate to have learned from such a legal legend,” says Gottshall. In a final encouraging email to Gottshall last year, Cahn wrote, “Tenacity is always the hidden, secret ingredient [to changing broken systems] . . . stick with it!”

Cahn also helped economically disadvantaged populations by founding TimeBanks USA in 1995. His idea of “time banking” was simple: An hour of volunteer service to others is banked as a single credit, and those credits can be used to receive the services and help of others. The organization now includes more than 200 banks in operation around the globe.

D.C. Bar CEO Robert Spagnoletti echoed the importance of Cahn’s contributions. “Few people have had a greater impact on providing legal services for those in need, on both a local and national scale, than Edgar Cahn,” Spagnoletti says. “The University of the District of Columbia David A. Clarke School of Law continues his legacy through its outstanding clinical programs and graduating talented lawyers who are dedicated to public service. Countless members of our community are indebted to Edgar Cahn and the passion that he brought to the fight for free and affordable legal services.”

Pro Bono Center Acting Director Darryl Maxwell says Cahn was a trailblazer in the legal services community who “embodied the axiom that lawyers have a professional duty to help the most vulnerable among us. His impact reached far beyond the law school walls where he taught.”

Edgar Stuart Cahn was born March 23, 1935, in New York City to Edmond Cahn, a noted legal philosopher, and Lenore Lebach Cahn, a social worker advocating against elder abuse. After graduating from Swarthmore College in 1956 with a degree in English literature, Cahn earned an MA and PhD in literature at Yale University. He received his JD from Yale Law School in 1963 and became a speechwriter and counsel for then-Attorney General Robert Kennedy and served as special assistant to Sargent Shriver, director of the newly formed Office of Economic Opportunity.

The District of Columbia Court of Appeals issued Order No. M-277-21 on June 22, adopting amendments to Rule 49 on the unauthorized practice of law (UPL). The revised rule takes effect on August 22.

Bar Seeks Candidates for Various Committee and Board Vacancies

D.C. Bar members, leaders, and others in the D.C. legal community gathered on June 23 at the Renaissance Washington, DC Downtown Hotel for the Bar’s 2022 Conference celebrating its golden anniversary and envisioning its next 50 years. The event featured panel discussions with past and present leaders of the Bar as well as a fireside chat with high-powered U.S. Supreme Court litigator Neal Katyal.