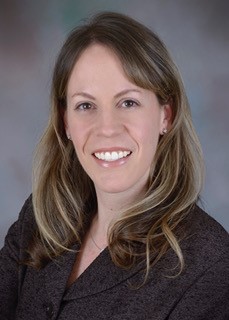 While some lawyers work their legal networks, others connect at soccer games and camp drop-offs. For attorney Vanessa Sophir, it was both.

As we celebrate Mother’s Day, we spotlight Sophir, a former public defender who took a 10-year break to raise her three children before getting “back in the game.”

Today she is an attorney for Hamlin Law Group in Silver Spring, Maryland, representing indigent parents.

How did you end up in law school?

The economy was going downhill when I graduated [from Cornell University], and I was wary of job hunting. I knew that law would be a good background no matter what I decided to do, so I went to law school. I also was interested in history and politics, and lawyers often are big players in those.

I went to Boston College Law School. I found most of law school pretty tedious and theoretical, but I loved the practical work I did with the school’s juvenile advocacy clinic. The clinic helped me develop my passion for working with children and families, developing meaningful relationships with clients, and representing clients in court.

What was your first job after you graduated law school?

After law school, I clerked for Judge Craig Iscoe, right after he was appointed to the Superior Court of the District of Columbia. It was his first year as a judge, and I was his first clerk, so that was exciting. It was like we were figuring things out together. Usually law clerks have a wealth of information from the clerks that came before. I was doing everything from scratch.

I lucked out because Judge Iscoe had a criminal docket. I don’t think I would have found a civil docket nearly as interesting. The work was busy and fast-paced, with plenty of drama. Judge Iscoe was a great mentor, and we still keep in touch.

Where did you work after your clerkship?

At the end of the year, I became an assistant public defender in Fairfax County. When I started, they had me in traffic court. That was a good experience because I would defend five to ten cases every day. After a few months, the new chief public defender asked what I really wanted to do, and I said “juvenile defense.” She said, “Good, let’s put you there, because there aren’t too many attorneys who want to do that. If you feel passionately about that, you should do it.”

I really loved it. Juvenile court was often less about punishment and more about rehabilitation. With these teenagers, I had that hope that this could be their first and last interaction with the criminal justice system.

I eventually...got a job at a small litigation firm in D.C., where I focused on litigation. I got to practice in federal court, and I got exposure to all different areas of the law, including some white collar criminal defense and family law. I left when I became pregnant with twins.

You took some time off practicing law. Why?

I stayed home for about 10 years with my three children. I love kids, and I enjoyed that time with them. My husband works very long hours, and it made sense for the family for me to be home in those early years. It was a personal choice. I had always thought that when I had children, I wanted to be with them during the early years.

How did you get back into practicing law?

I decided to go back when my youngest child started all-day kindergarten. My kids didn’t need me as much, and I felt that it was time to return to work. I was already barred in Virginia and D.C., but during the time I had been inactive, we had moved to Maryland. I wanted a job close to home, so I took the Maryland Bar.

I started networking by letting people know I was back in the game. One thing that was interesting was that I didn’t need to leave my usual network of friends and acquaintances. My friend’s mother is a public defender. We chatted at soccer games and camp drop-off, and I told her that I was going to be practicing in Maryland. She let me know that the Maryland Public Defender’s Children In Need of Assistance Division was looking for an intern. I got an internship with them until the swearing in ceremony for the Maryland State Bar.

After that, I was thinking about going out on my own, so I set up some appointments with local lawyers to ask for advice. I wanted to pick their brains. The first person I met with was a lawyer who turned out to be looking for an associate. I began working for her just a few weeks later, and it has been a great fit.

Before I returned to work, I thought it might be challenging to re-enter the legal field after such a long break. I was pleasantly surprised at how welcoming other attorneys have been to me. Nobody seems to question my decision to stay at home with my kids.

What are you doing now?

I am working at the Hamlin Law Group. I spend a lot of my time representing indigent parents who are either in danger of or already have had their children removed by Maryland Child Protective Services. I find the work rewarding because I believe the family unit is so important. I believe in the essential right of a parent to run the family, and I think it’s important work to help maintain the bond between child and parent.

There is no doubt that this is a difficult and emotional area of the law. Parents are often at a disadvantage, coming into a system where much is asked of them, and they have little, if any, control. These parents need attorneys to help them navigate the court system and tenaciously represent them. Many of these parents have so much to deal with along with poverty. Many also have been victims of violence in the past, and many have mental health or substance abuse issues. My job is to vigorously and knowledgably guide them through the legal system.