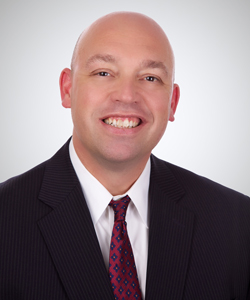 When D.C. Bar member Thomas Lenz, senior partner at Atkinson, Andelson, Loya, Ruud & Romo, decided to focus on labor law, he was told it was a “dead area.” Undeterred, he has gone on to have a nearly three-decade career handling labor and employment law issues from the firm’s offices in Cerritos and Pasadena, California.

Before entering private practice, Lenz worked for the National Labor Relations Board in Los Angeles. He received his undergraduate degree form Marquette University and his law degree from the Louisiana State University Law Center.

I grew up in the Midwest, in a community with a lot of manufacturing. John Deere, Caterpillar, and other companies were focused in my community of Illinois, and these companies had labor issues.

My father worked in the family business. My grandmother owned a bar, which my father took over and expanded into a liquor store, which is the first place I worked as a warehouseman. My mother was a union member. Many of the people that I knew, many of the customers of our family business, were affected by labor disputes or laws. I saw labor law in terms of how it affected the people in my community, and when I went to law school, I better understood the business, civil rights, and constitutional issues involved. They fascinated me.

You speak fluent Spanish and some Greek, French, and Portuguese. How has your interest in language helped you in your career?

I had an early interest in languages. Spanish was not widely spoken where I grew up, but my mother taught me what she knew while I was in elementary school. My grandmother started teaching me Greek around the same time. Learning a new language is like deciphering a code and learning a new perspective on words, even in English. I ended up majoring in Spanish and even studied abroad at the University of Madrid.

After I graduated law school, the job market for lawyers was pretty tight. When interviewing for a job with the National Labor Relations Board (NLRB), I mentioned that I was fluent in Spanish. It turned out there was a lot of need for Spanish speakers in Los Angeles. I ended up packing up everything I had and moving to California without ever having visited it. I’ve been here ever since.

At the NLRB, I investigated and tried unfair labor practice cases. Most of my casework required the use of Spanish, and I did very well in my position. If I hadn’t learned Spanish, if I hadn’t gained fluency, and if I hadn’t marketed that, I may not have had the same career opportunities.

After you left the NLRB in 1992, you went into private practice and stayed at the same firm for the last 25 years. How has your firm and practice grown over the years?

When I joined the firm in 1992, there were three offices and about 25 lawyers. Now we have nine offices and 170 lawyers. The firm began as a boutique labor and employment law firm. Half of the firm represented school districts and the other half represented the private sector, mostly in the construction industry. We have grown into far more than that now. We represent a wide variety of industries in the private sector and a number of public entities. We are now largely a full-service firm. We do litigation, advice, counsel, transactional work, and business disputes. For a school district, we can do most anything it needs, from personnel matters, negotiations, transactions, to issues involved in providing special education services.

My area focuses on advising, training, and defending employers on workplace issues. I spend most of my time on issues involving employers and unions, such as collective bargaining, handling grievances and arbitration of labor disputes, investigations, and litigation. My clients range from large international organizations to small family businesses. I have clients in California and literally coast to coast.

I do training for my clients on a variety of workplace issues. In the labor context, this includes work with non-union employers on the dos and don’ts when your business is going through a union organizing campaign. There are times when an employer will feel that their employees are betraying them if they talk to a labor union. If not properly trained, an employer might even threaten their workers—if you talk to the union or if you sign a union card, we’ll fire you. Well, it’s illegal to make those statements. And, if someone is disciplined or fired for talking to a union representative, the employer could end up looking at a discrimination claim. I want my clients to be in compliance with the rules, so I do the training to make sure they understand how to avoid running afoul of the law.

Do you anticipate the Trump administration making any changes to labor relations regulations and enforcement?

Any time you have a change in administration, you can be sure there will be changes in rules, regulations, policies, and how things are enforced. With the Trump administration, I predict that rules that were used to expand employee rights in the workplace will be reexamined in a number of ways. One example is, under the Obama administration there was a lot of activity to challenge employers’ implementation and enforcement of rules on the use of emails or civility in the workplace. I expect the new administration will want to redefine the limits of permissible employee speech.

What advice do you have for lawyers just beginning their careers?

When I entered labor law, I was told it was a dead area. Union membership had gone down, and, I was told, there wouldn’t be a need for a traditional labor law practice. What I have found, however, is that if you stay focused and you stick to what you want to do, you will find opportunities in the area of law that interests you. You can build the practice that you want.

In addition, I would advise young lawyers to always take the high road in their interactions. It is very possible you will run into the same practitioners over and over again. You want to be civil—do not burn bridges, but do your best to build relationships, even with opposing counsel. It’s important to promote civility and credibility, and by doing so, you help elevate the profession.