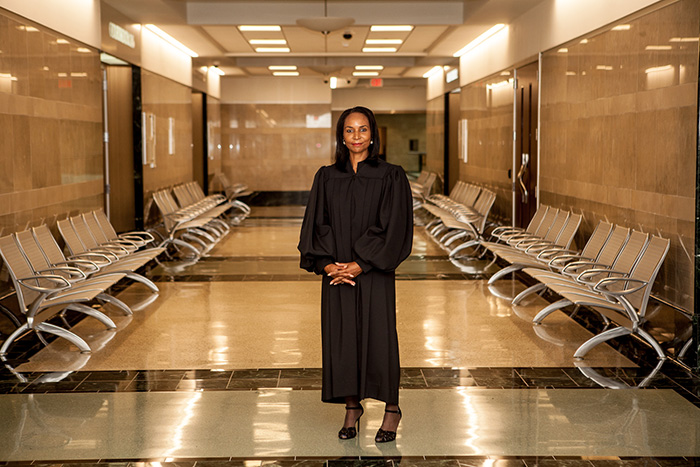 On October 1, Judge Anita Josey-Herring will assume the office of chief judge of D.C. Superior Court. Her leadership comes during a period in which the courts, and society at large, grapple with the impacts of the COVID-19 pandemic and institutions engage in a renewed analysis of legal processes to root out systemic racism in light of the rising outcry over social justice issues.

The D.C. Bar spoke with Judge Josey-Herring about her long commitment to the law and public service, the challenges and opportunities the current crisis presents, and her vision for the future.

How did you come to be interested in the law and politics?

I grew up in Virginia in what used to be called the Tidewater area and is now Hampton Roads. I had a happy rural/suburban childhood. I spent a lot of time at school because I was involved in many extracurricular activities like student government, theater, and field hockey. I was bussed in from my neighborhood, which was exclusively black, to my grade school, middle school, and high school, which were predominantly white.

I had lots of friends and was very interested in classes involving the Constitution and government. I wanted to know how our system, which affected so many of our everyday rights and privileges, worked, so I majored in political science when I went to college at Virginia Commonwealth University... I selected that college because it was about an hour and 45 minutes from where I grew up and I wanted to be close to home.

I read that you worked full time while studying evenings at Georgetown Law.

Have these experiences impacted your decision to pursue public service?

I feel very fortunate to have accomplished the things that I have because, growing up, my family faced some financial difficulties. It has helped me relate to people facing struggles, and that connection has stayed with me. I have felt it very important to be helpful to other people, as others have been to me along my journey.

Law school provided me with opportunities to do community service in a way that would make a difference for others. That’s why over decades I’ve been involved in a lot of community service, been on the board of a transitional housing organization, mentored middle and high school students, and been very interested in making sure that other people have what they need to make it the way I have, quite frankly.

There has been significant discussion in recent months about the fairness of our legal system. What can the courts do to ensure equality and increase confidence that they operate fairly?

I believe that the role of the chief judge is to ensure that we are dispensing justice in a fair and impartial manner. I truly believe that, and it’s an important part of who I am. Promoting equal justice for all people at all times has really been the driver for me in terms of my continued work. We have one of the finest trial boards in the nation, but we can improve, even if we’re excellent.

I think it is important for people who interface with the court to feel that they are treated fairly, have an opportunity to be heard, and are treated with respect. I also think it is important for judges to be involved not only in the courtroom, but also in the community. I think it’s really critical that the community sees judges outside of the courtroom and has opportunities to ask questions about how the system works. The community [needs] to have confidence that the court system really cares about people. 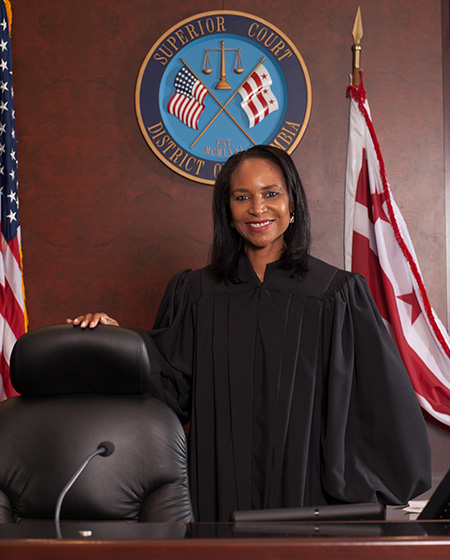 What priorities are you setting for yourself moving into your term in office?

As is a concern for courts everywhere, my first priority will be to figure out how we can resume full operations. I’d like to address the backlog of cases that has been building up. I plan to address the problems expressed to us in the high-volume courtrooms and the access to justice issues faced by individuals who cannot afford a lawyer.

I will, within the first 90 days of starting, conduct virtual townhall meetings with members of the community in every ward of the city to find out what their concerns are regarding what the court is doing, or what they believe it should be doing. I also plan to engage with some stakeholders to see if they are willing to join me in that effort because I want to make sure that, to the extent that there are questions from the community on issues that don’t solely rest with the court, we have the participation of others who can answer questions and point them in the right direction.

I also want to address concerns about equity or equal justice as it relates to some of the criminal justice issues that have been [getting attention] nationwide. So, what I expect to do in terms of the Criminal Division is to collect data to determine whether we are fairly disposing of cases or need to be mindful of implicit things that interfere with our ability to treat all similarly situated litigants effectively equally.

The discussion of implicit bias and systemic racism has made it increasingly clear how difficult it can be to identify and eliminate systems that disadvantage minorities. How can the courts act to address these issues?

I am committed to having additional implicit bias training. Although we try very hard to do the best job possible in disposing of cases fairly, we are all subject to having biases creep into our decision making. I think it’s important to recognize that and to own it and to figure out how to guard against it. Knowing what data and benchmarks to look for is necessary to ensure that our decision making is fair.

The District is obviously very different from other jurisdictions. Are there any particular advantages or disadvantages that may impact how we contend with the various crises taking place?

D.C. is a diverse community, and there are a lot of progressive, well-meaning people who work hard every day to ensure that all people have a place in our city. This is true in our local government and in our private and nonprofit sectors. People really care about making the city greater than it already is and bringing other people along, so I think that’s a positive thing.

The courts also have a history of working with partners . . . partner agencies, federal government, local government, and others in developing programming that can help people. The court has made efforts over the years to assist people who don’t have access to justice, though that’s an area where we need to do a lot more.

The District’s judges and staff are another asset. We have wonderful staff here at the court. The professionals in our court system and the members of our community will help bring our court through this ominous time, and I expect that once we are all working together [in person], we will find many solutions to the problems that we face today.

Webinar Takes a Candid Look at Diversity in the Legal Profession

As the Black Lives Matter protests inspire many industries to reexamine the effects of systemic racism, the Bar Association of the District of Columbia (BADC) and the Washington Bar Association scrutinized the legal profession at a Sept. 17 webinar.

Practice 360° Offers Management Strategies for the Pandemic and Beyond

The D.C. Bar’s annual Practice 360° conference on September 18 offered a wide array of sessions to help attendees improve the success and profitability of their legal practices.

When U.S. Supreme Court Associate Justice Ruth Bader Ginsburg died on September 18, the enormity of the gap she leaves in American jurisprudence quickly became evident as tributes flowed from the D.C. legal community.

On September10, more than 100 attorneys participated in the D.C. Bar’s virtual CLE Institute on Aging and the Law, a daylong event that offered an in-depth look at the legal issues affecting elderly clients, wards, and others working with the aging community.