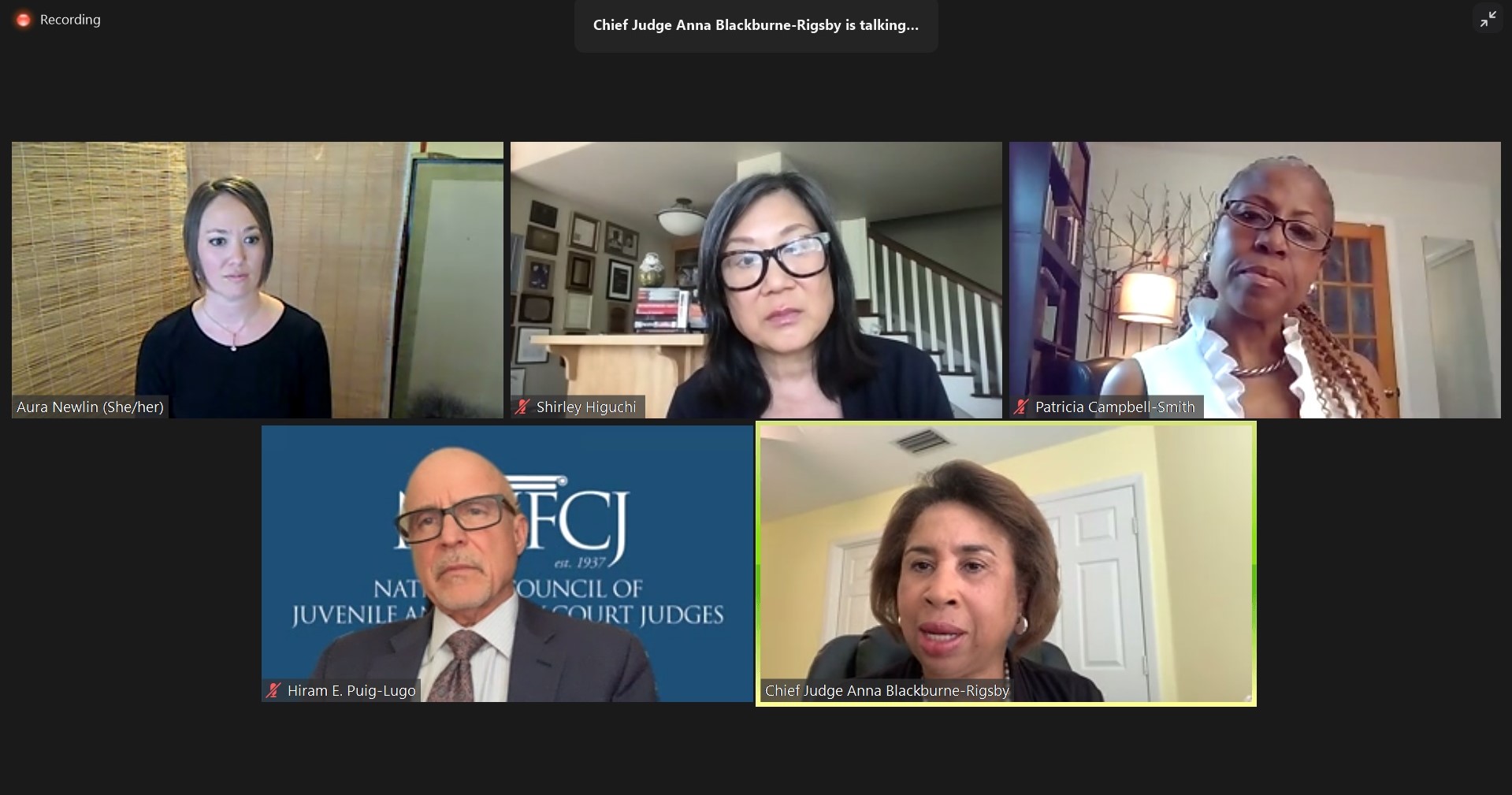 The Bar Association of the District of Columbia (BADC) commemorated Asian American and Pacific Islander Heritage Month on May 20 with a fireside chat with former D.C. Bar President Shirley Ann Higuchi, author of Setsuko’s Secret: Heart Mountain and the Legacy of the Japanese American Incarceration. Higuchi was joined by District judges in discussing the Japanese American internment camps during World War II and their relevance to contemporary injustices.

Setsuko’s Secret unpacks a long-unspoken family history in the wake of Higuchi’s mother’s passing to better understand the trauma and triumph of a generation whose treatment was a tragic violation of the nation’s high-minded principles.

Higuchi’s parents were among the more than 120,000 Japanese Americans incarcerated in one of 10 “relocation centers” scattered mostly across the western interior of the country during the war. Heart Mountain in Wyoming, where Higuchi’s family was held, is now a National Historic Landmark, with Higuchi as chair of the foundation that oversees it.

During the program, Higuchi and others discussed the location’s importance to the Native American Crow people, who regarded it as a holy place. Crow warriors would go to draw strength from the mountain before battle, and it seems that the remote location retains an uncanny ability to draw out and amplify emotion.

“There’s something about being there,” said U.S. Court of Federal Claims Judge Patricia Campbell-Smith, who visited Heart Mountain in 2018. “For those who have been made to feel that they are unwelcome, or an intruder, or outsider, or ‘other’ . . . to be welcomed and to hear these very intimate and personal and forthright conversations about the shame, the disappointment, the picking up and leaving everything you know with very little notice, really resonated with me.”

Campbell-Smith also felt that the experience was especially meaningful for judges. “For those of us, particularly, who have taken oaths to consider matters impartially, without bias, and to do justice, it is important to understand the stories of injustice and oppression because when you’ve known that, you know how important justice is.”

D.C. Court of Appeals Chief Judge Anna Blackburne-Rigsby agreed with the sentiment and addressed the question of why a group of judges would take an interest in Heart Mountain and the history of the internment.

“When we look at over 100,000 Americans of Japanese descent who were relocated forcibly to concentration camps and imprisoned without due process of law based solely on their race and their Japanese ancestry . . . there are other parallels in our nation’s history and in our world’s history where the rule of law was ultimately shown to have been wrong at the time,” she said. “What does that mean for us as judges as we are faced by cases every day in our courtrooms? Are we doing everything that we can as we read the evidence through the lens of the law to ensure that the rule of law and the dignity of each human being is upheld, and are we doing everything that we can do to promote equal justice under law? That’s something that, as judges, we need to constantly grapple with.”

D.C. Superior Court Judge Hiram Puig-Lugo said that as a Puerto Rican and as a Latino, he could understand many Asian Americans’ experience of being considered a perpetual foreigner in their own country. He also reminded attendees that the scope of American injustice wasn’t constrained by national borders.

“The U.S. government took steps to have people of Japanese descent in South America incarcerated and transported to the U.S.,” he said, noting the many parallels between the injustices done to Japanese Americans during their internment and the contemporary treatment of Latinos.

Growing up, Higuchi said her parents rarely spoke of their incarceration at Heart Mountain. Like many in the “Silent Generation,” they wanted to put the trauma and humiliation they experienced during the war behind them.

Higuchi’s own relationship with Heart Mountain largely developed during her D.C. Bar presidency in 2003, which coincided with her mother’s grave illness. Following her mother’s passing, she was invited to an event at which she realized that the place’s story, and her mother’s, were important to record for posterity.

Higuchi said events held at Heart Mountain have helped survivors share their experiences with younger generations and have provided an opportunity for others to understand the hardships wrought by the traumatizing experience. “We are stronger as a country when all individuals recognize the wrong that happened to the Japanese Americans, and sometimes it’s a stronger voice when it’s coming from somebody who hasn’t been victimized historically from this activity,” she said.

In addition to BADC, the program was also sponsored by the D.C. Courts, Heart Mountain Wyoming Foundation, the National Council of Juvenile and Family Court Judges, and the National Consortium on Racial and Ethnic Fairness in the Courts.

On June 8 employment law experts offered insight into the tough questions facing employers as they prepare for a post-pandemic return to the workplace.

Whether teaching English to children in Spain, interning on Capitol Hill, or participating in special education law and legislation clinics at her law school, Dara Gold has been a passionate advocate for learning.

As part of its Diversity, Equity, and Inclusion Summit on June 4, the D.C. Bar presented “The Forgotten 40 Acres,” a breakout session detailing how real property and tax laws contributed to the racial wealth gap in the country.

The D.C. Bar Communities held its first-ever virtual Diversity, Equity, and Inclusion Summit on June 4, drawing nearly 100 participants for an interactive look at responses to bias. A keynote presentation by business and leadership consultant Bart Bailey kicked off the event with a dialogue modeling meaningful exchanges that can transform organizations.