On November 11, the Southern Center for Human Rights (SCHR) held its 24th annual Frederick Douglass Awards Dinner, where it honored the legal defense team behind former Mississippi death-row prisoner Curtis Flowers. The honorees, including several D.C. Bar members, were recognized for their “instructive and awe-inspiring combination of talents that formed a multi-pronged approach to save Mr. Flowers’s life and expose the rampant injustice in his case.” 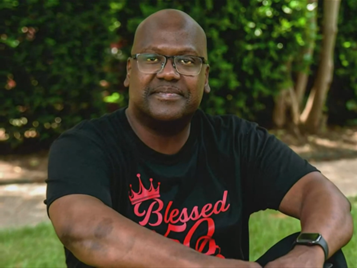 Flowers spent 23 years in prison after being tried six times for the July 1996 murder of four people at the Tardy Furniture store in Winona, Mississippi. The first three convictions, two of which called for the death penalty, were overturned, and two subsequent trials resulted in a hung jury. He was sentenced to death at his last trial in 2010. In December 2019, Flowers was released from prison on house arrest to await a seventh trial. But on September 4, 2020, all charges were dropped.

“Curtis’s story reads like something out Mississippi from 1956, not 1996,” said David Maxwell, a senior associate at Hogan Lovells and a member of Flowers’s defense team. “I think it’s an important example of how racism remains pervasive in our criminal legal system today.”

In his remarks, Flowers expressed gratitude to his family and legal team for not giving up on him during his 23-year ordeal. “I will never forget when the judge granted bail and I woke up out of jail. I will never forget the days and months later when my lawyers told me and my family that the charges had been dropped,” he said. “I say to all of those still fighting for justice, it took 23 years for me.” 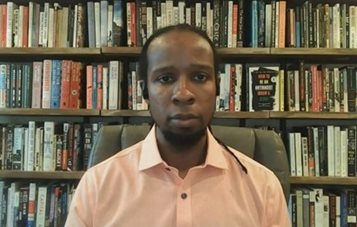 The virtual awards ceremony also featured a keynote address by historian and award-winning author Ibram X. Kendi. Kendi’s book, How to Be an Antiracist, was hailed by the New York Times as a “21st-century manual of racial ethics.”

In his speech, Kendi said bigotry — along with nuclear war and climate change — is one of the biggest existential threats we’re facing. “It’s the denial of justice and equality. Societies are so split by [racial] injustice, so ravaged by inequities, that people are turning on each other,” he said.

Kendi encouraged attendees to examine the country’s systemic racism and policies that lead people of color to be disproportionately poor, incarcerated, and put on death row, and that place the blame on victims.

“We have the capacity and ability to transform that injustice to create justice, [and] to ensure that poverty is not criminalized,” he said. “When we think about transforming policies, it’s not enough to talk about reducing the number of people incarcerated, on death row, or in poverty . . . We need to lean into the abolition of racism.”

During the awards ceremony, the SCHR also dedicated the event to several civil justice leaders who died this year: U.S. Rep. John Lewis and Reverends Murphy Davis, Joseph Lowery, and C. T. Vivian. “Tonight, we also hold space for the more than 13,000 people who have died of COVID-19 while incarcerated in American prisons,” said Sara Totonchi, SCHR’s executive director.

The D.C. Bar mourns the passing of former D.C. Court of Appeals chief judge William C. Pryor, who dedicated more than 50 years of his life to serving on the D.C. bench. Judge Pryor died on November 19 in Silver Spring, Maryland, from renal failure. He was 88.

Even when courts begin to resume normal operations, law practice will be increasingly digital and remote, as evidenced by the D.C. Superior Court’s recent introduction of an eSummons jury notification system and significant investment in expanding its remote courtroom capacity.

This last summer, Ms. D was forced out of her home by a neighbor’s threats and harassment. While Ms. D left to stay with family outside the D.C. area for her own safety, the neighbor vandalized her home.

On November 17, the Superior Court of the District of Columbia issued Administrative Order 20-14 relating to access to juvenile justice data.