On May 11 the District Task Force on Jails & Justice, an independent advisory body to the Council for Court Excellence (CCE), presented a briefing on its proposals to overhaul the District’s jails and justice system in the next 10 years. The group put forth 80 recommendations that include divesting from the Metropolitan Police Department and reinvesting that funding into community-based initiatives to prevent violence and harm, halving the District’s incarcerated population, constructing a new non-traditional facility, and returning certain aspects of the District’s criminal justice system to local control.

The 26-member task force, formed in 2019 with the mission of redefining the District’s approach to incarceration, spent the past two years in intensive study and deliberation on the issue, engaging more than 2,500 District residents in the process. In February 2021 it published its findings in the report “Jails & Justice: Our Transformation Starts Today,” outlining its recommendations that, if implemented, could result in sweeping changes for the District’s incarcerated.

The broad scope of the report was necessary to address the complex issues faced by District residents, said Misty C. Thomas, executive director of CCE who moderated the briefing. “We knew it was not enough to look at a jail’s design alone. The task force had to carefully consider community investment, decarceration, and local control issues to fully envision a just path forward.” 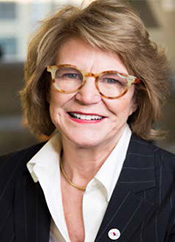 The task force also worked to ensure it proceeded with an anti-racist perspective. “This new report is a roadmap for the D.C. Council to implement specific changes to our budget and laws that will reduce the incarcerated population and improve the justice system through concrete and measurable ways, with a specific focus on ending the disproportionate[ly] negative impact on Black residents,” said task force chair Shelley Broderick, dean emerita of the University of the District of Columbia’s David A. Clarke School of Law.

The task force used focus groups, community workshops, a town hall event, and a survey to allow for community voices to be heard throughout the process. Task force members included not only leaders of nonprofit organizations, government officials, and academics, but also District residents who had served time in area prisons and jails.

Tyrone Hall, the task force’s youngest member and a returning citizen advocate, spoke about the disproportionate impact of the criminal justice system on Black residents. “The current system of incarceration, to me, is racist. Let’s be honest,” he said. “Black people make up [more than] 40 percent of D.C.’s population but 86 percent of the people that are getting arrested. Let that sink in for a minute . . . 92 percent of the people we jail and 90 percent of the people in prison serving D.C. Code sentences [are Black].”

Patrice Sulton, executive director of DC Justice Lab and a member of the task force, supported Hall’s observation with figures showing that the overwhelming majority of those held in Department of Corrections facilities are Black and male, predominantly from the city’s poorest wards. She also presented figures showing that Black people were held longer than white people, on average.

Sulton said the District is unnecessarily incarcerating individuals, with more than 30 percent of those released unsentenced held for two weeks or less. “This forces us to confront the question that if a person is safe to release after two days or 10 days, why do they need to be detained at all?”

The task force briefing was sponsored by the D.C. Bar Public Interest and Courts Community along with the Criminal Law and Individual Rights Community, the District of Columbia Affairs Community, and the Litigation Community.

On June 8 employment law experts offered insight into the tough questions facing employers as they prepare for a post-pandemic return to the workplace.

Whether teaching English to children in Spain, interning on Capitol Hill, or participating in special education law and legislation clinics at her law school, Dara Gold has been a passionate advocate for learning.

As part of its Diversity, Equity, and Inclusion Summit on June 4, the D.C. Bar presented “The Forgotten 40 Acres,” a breakout session detailing how real property and tax laws contributed to the racial wealth gap in the country.

The D.C. Bar Communities held its first-ever virtual Diversity, Equity, and Inclusion Summit on June 4, drawing nearly 100 participants for an interactive look at responses to bias. A keynote presentation by business and leadership consultant Bart Bailey kicked off the event with a dialogue modeling meaningful exchanges that can transform organizations.