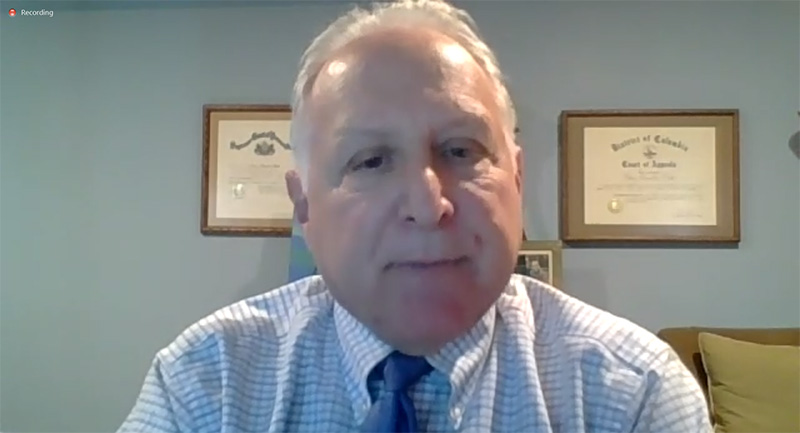 Held on December 20, the D.C. Bar’s CLE Institute on Nonprofit Law drew more than 100 attendees for a series of sessions covering a wide range of issues regarding the formation and operation of nonprofit entities. Participants learned about the impacts of various corporate forms and tax filings as well as the duties and obligations of officers and board members operating these organizations.

The event kicked off with a presentation on the procedures for incorporating a nonprofit. James M. Goldberg of Goldberg & Associates, PLLC began by distinguishing the considerations of nonprofit corporations from those of for-profit ones. While nearly all large for-profit corporations choose to incorporate in Delaware because of its favorable laws, nonprofits are better off incorporating in the jurisdiction where they intend to operate, Goldberg said. Incorporation in a second jurisdiction could result in increased filing obligations without providing substantial benefits.

Discussing the various types of nonprofit organizations available under the D.C. Nonprofit Incorporation Act of 2010, Goldberg also made note of additional regulatory structures, including the Uniform Unincorporated Nonprofit Association Act, which governs unincorporated nonprofits, and the District’s Benefit Corporation Act of 2012. The latter is relatively new legislation concerning for-profit entities that, unlike standard corporate models, also include public benefit as a principal purpose of the organization.

This overview was followed by a session examining 501(c)(3) nonprofit tax exemption led by Elizabeth J. Kingsley of Harmon, Curran, Spielberg & Eisenberg, LLP. Kingsley said that tax-exempt status may be more important to some organizations than the actual benefits the status technically conveys, despite the fact that securing it can be a complicated and costly process.

“Donors want to be sure that they can get a tax deduction, especially when donating to a small organization,” she said. In other words, a small nonprofit can operate and successfully claim tax exemption without IRS certification, but donors like to see the official status. Also, the District requires the IRS certification for exemption from D.C. taxes, Kingsley said.

The morning sessions concluded with a presentation by Marchelle Harris of the D.C. Department of Consumer and Regulatory Affairs, who introduced the District’s online portal for nonprofit organizations (https://corponline.dcra.dc.gov) for digital filings, including license applications. Harris stressed that organizations are responsible for their compliance. “The onus is on you. You have to be attentive to your license, to the renewal dates and the expiration date,” she said.

Following the keynote address, Kingsley returned to speak about differentiating public charities from private foundations, examining their legal characteristics, requirements, and restrictions. Event moderator Peter Wolk, of the Law Office of Peter C. Wolk, gave a presentation on the domestication, duties, responsibilities, and standards of conduct of nonprofit organizations.

In particular, Wolk discussed the D.C. statute shifting liability for negligence from volunteers to the organization if the entity has $500,000 in liability insurance (per total claims) or less than $100,000 in expenditures. Wolk also touched on the complex set of provisions relating to the indemnification of a nonprofit’s officers or directors. After an overview, Wolk presented a fact pattern for attendees to analyze, later revealed to be drawn from an actual set of suits relating to a D.C. charter school.

Seth H. Jaffee and Christopher Swartz of the U.S. Office of Government Ethics raised a particularly interesting consideration for D.C. nonprofits, namely the potential for ethics issues arising when federal employees serve on nonprofit organizations. Jaffee warned that ethics issues could distract from or even undermine the mission and financial viability of a nonprofit.

“Obviously if you have executive branch employees serving on your nonprofit, you will want to know about these potential pitfalls before they arise,” Jaffee said. Agency ethics officials should be informed of the employee’s activity to avoid potential issues, he said. Jaffee proceeded to discuss a list of 12 common ethics issues that could arise when a federal employee personally participates in nonprofit activities.

Swartz expanded upon Jaffee’s presentation, focusing on personal versus official participation of a federal employee in a nonprofit organization. “The federal government has a significant interest in the work that nonprofits are doing,” Swartz said. There is a range of interactions between federal agencies and nonprofits, such as the placement of a federal employee on a nonprofit’s board. This arrangement involves very particular considerations, added Swartz.

“There are a lot of benefits, but there are also risks, which you’ll want to be aware of beforehand,” Swartz cautioned. His presentation included a number of suggestions, such as the creation of a memorandum of understanding to establish the obligations and restrictions necessary for the official participation of a federal employee.

Wolk returned for a final session on trends in the nonprofit sector. He raised two issues that he considered to be topical: the challenges raised by a remote workforce and the application of force majeure in the cancellation of hotel contracts.

Wolk was joined by Heather Alarcon of the Association of American Medical Colleges, which has employees in 30 states. Among examples of conflicts between jurisdictions that the association had to contend with, Alarcon said unemployment insurance was one of the more complex issues. Overwhelmed unemployment offices in some jurisdictions led to difficulty determining how to properly register for unemployment benefits and, in some cases work out, whether registration was necessary, Alarcon said.

Workers’ compensation has also presented issues, particularly when employees fail to notify the company that they currently reside in another jurisdiction in which the company is not yet registered for workers’ compensation. Better internal reporting systems have improved the association’s ability to determine where new registrations need to take place, Alarcon said.

On force majeure clauses in hotel contracts, which may impact many nonprofits that intended to hold public events, Goldberg spotlighted one change: where before contracts tended to exempt performance where “illegal or impossible,” language in newer contracts tend to relieve parties of their contractual obligations in the event of “impossible, commercially impracticable, or impossible” circumstances.

Due to the continuing spike in coronavirus cases, the Superior Court of the District of Columbia has modified its November 21, 2021, order regarding the rules emergency.